Note: this post is a part of the series of posts about my experience using Ubuntu Desktop for software development.

Keep in mind that on Ubuntu the name of the Node.js package/executable is nodejs, not node.

The easiest way to install stable versions of Node.js and NPM is using package manager. First. let’s check what versions are available

At the time of writing, the current versions of nodejs and npm are 4.2.6 and 3.5.2 respectively. 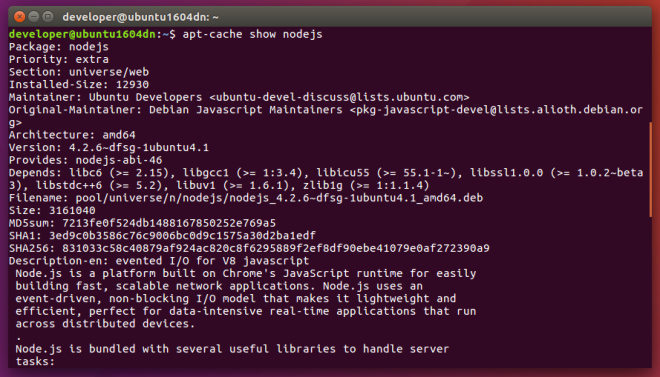 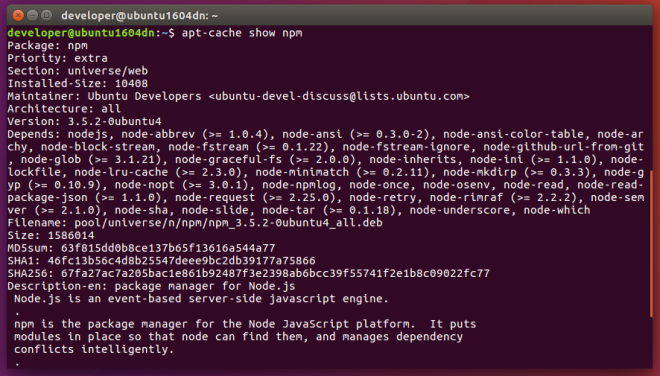 Installing Node and NPM from NodeSource

If, on the other hand, you want the latest versions of Node.js v4.x or v6.x – you should install them from NodeSource. Setup scripts and instructions are available here. But in short, you need to run these commands which will install both Node.js and NPM:

After that you can check the installed versions 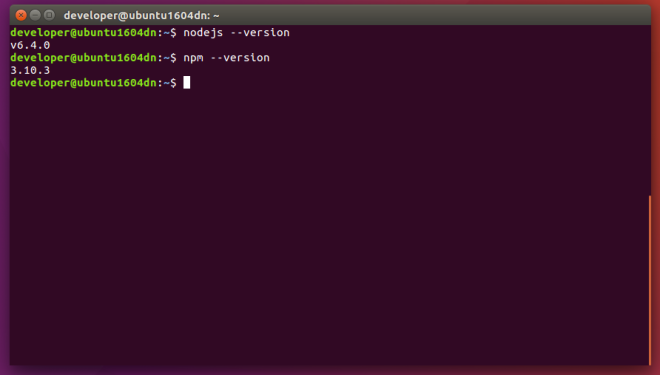 At the time of writing, the current versions of nodejs and npm from NodeSource are 6.4.0 and 3.10.3 respectively.

And this is all that you need to do to install the latest Node.js and NPM on Ubuntu Desktop.

The two tools that I really like while developing web applications are HTTPie and http-server.

HTTPie is a command line HTTP client (the executable is called simply http, but the package is called httpie) similar to curl but with colorized output. The installation instructions suggest that you preferably install against the latest Python 3.x, but it works, with some limitations, with Python 2.7 as well. Installation is pretty simple:

After that,  you can see the difference in output between http and curl. 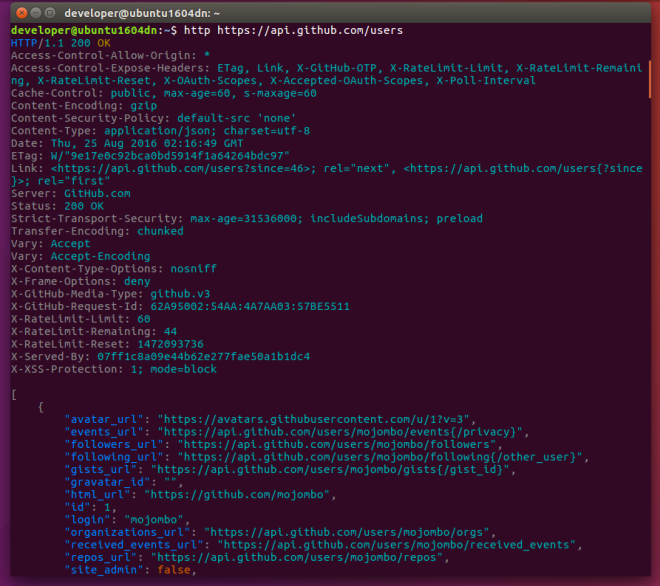 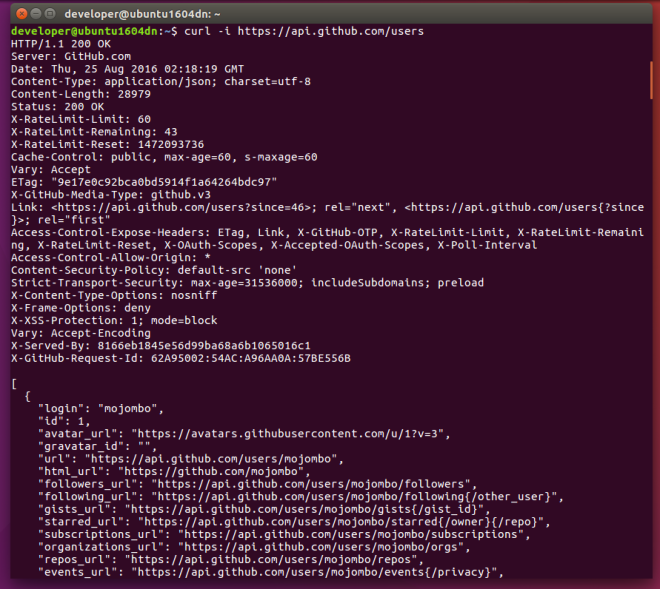 http-server is a zero-configuration command line HTTP server. It is very helpful for situation when you want to quickly create client-side code and do not want to write any server-side code. To install it globally run the following command

Then, suppose you have your web site in ~/src/hello directory, just type hs or http-server to start the HTTP server. 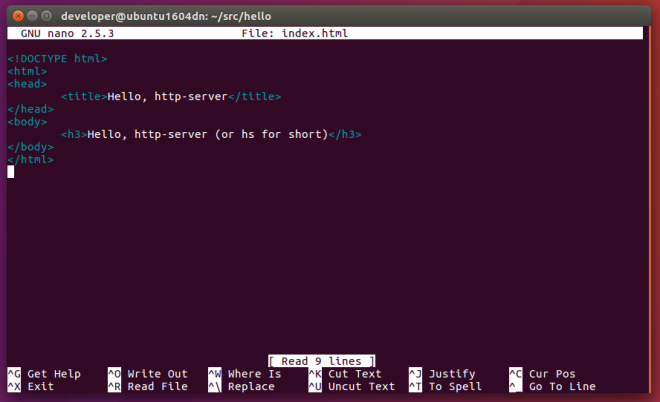 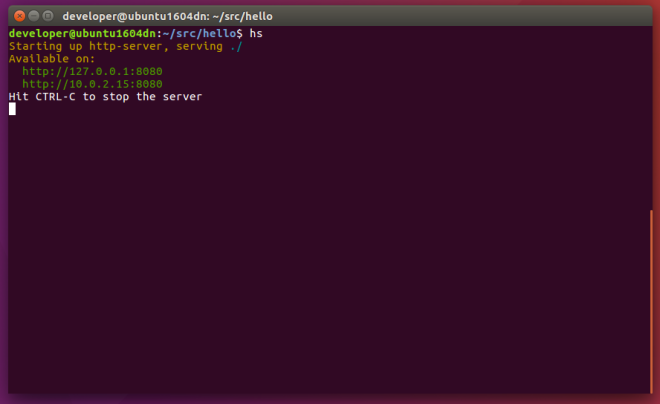 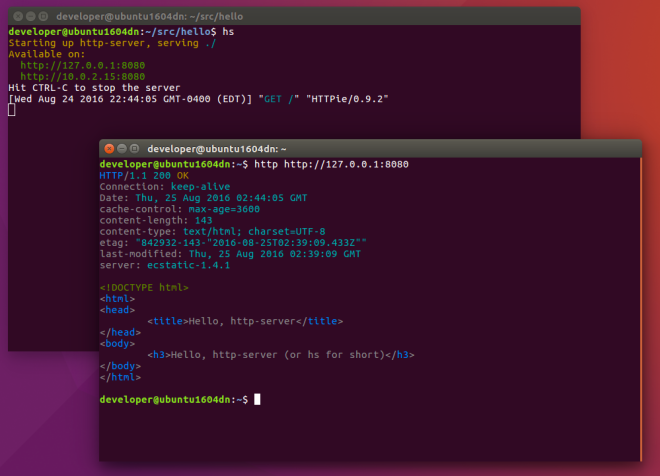 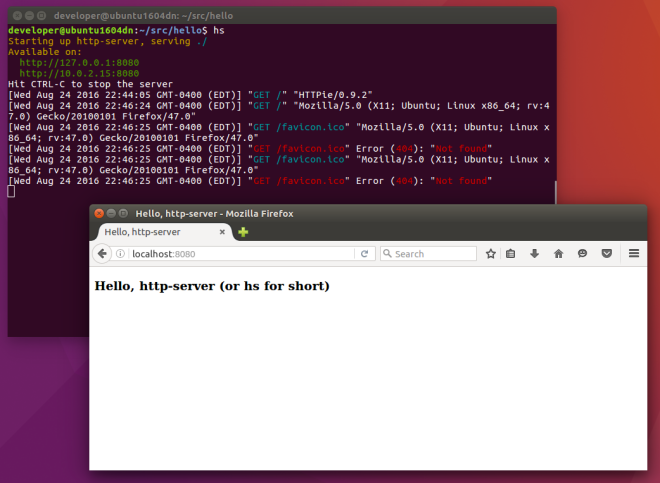 2 thoughts on “Installing Node and NPM on Ubuntu Desktop”